Working with multiple currencies on Bkper

Written by Mael Caldas
Updated over a week ago

Bkper Books are designed to work with a single type of unit, which usually is Money, but can digital currencies as well, or any other asset.

When you work with multiple currencies, you should keep a separate Book for each currency you work with, or, if working in the same book, structure your chart of accounts as totally isolated books, not mixing Incoming and Outgoing accounts transactions and recording the remittances converted to each currency, with intermediary accounts. E.g.

In the above case we sent money from Brazil to USA operation, and kept the balance as an Asset for Brazil and a Liability for USA. You can later pay the Brazilian operation back, and/or clear the remaining balance as an Outgoing Expense or Incoming Revenue, depending on cambial variations.

How to track multi currencies with Google Sheets? 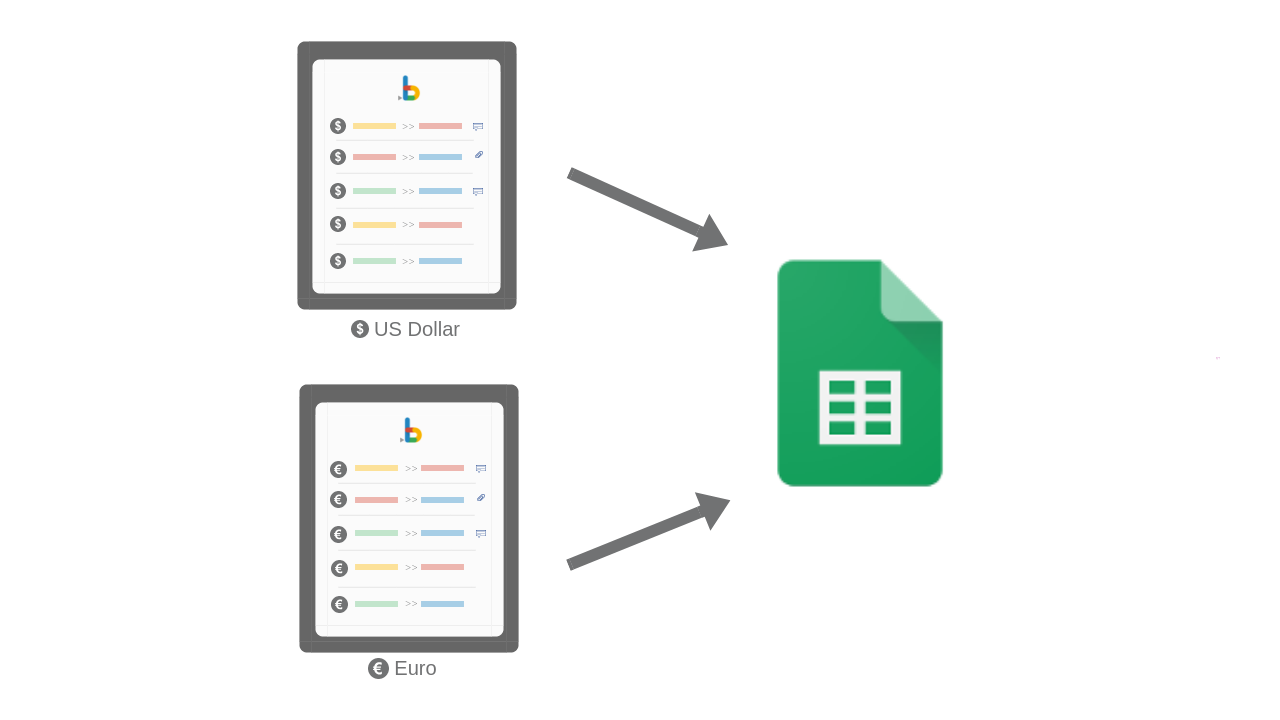 How to track a single currency with Google Sheets?