Report your financial data from Bkper and/or Record transactions on your books using Google Sheets.

Written by Jacob van den Berg
Updated over a week ago

What is Bkper add-on for Google Sheets? 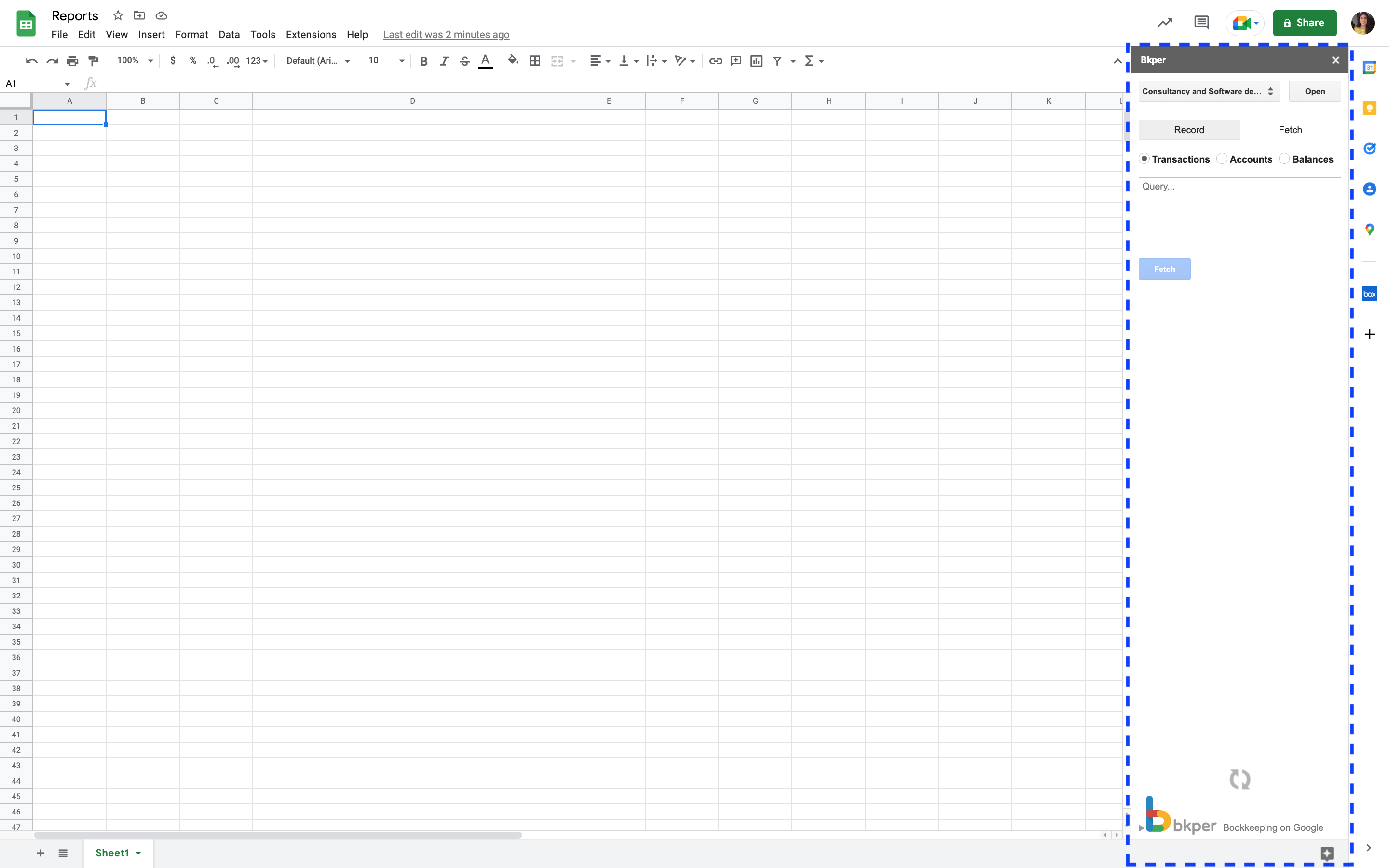 What you can do with Bkper add-on?

Record data from your Google Sheets on you book

Many of your everyday tools and institutions offer you the option to export data to Spreadsheet files. This makes Google Sheets ideal to upload this raw data and record it as consistent financial data on your Bkper Books.

Open the Bkper Add-on on your Google Sheet and follow these steps to record transactions on Bkper,

Note: Each selected row on your Sheet generates one entry on Bkper.

Once a row has been recorded its colored green.

On Freezing the first row on your Google Sheet you unlock several functionalities that optimize your workflow when you record transactions. 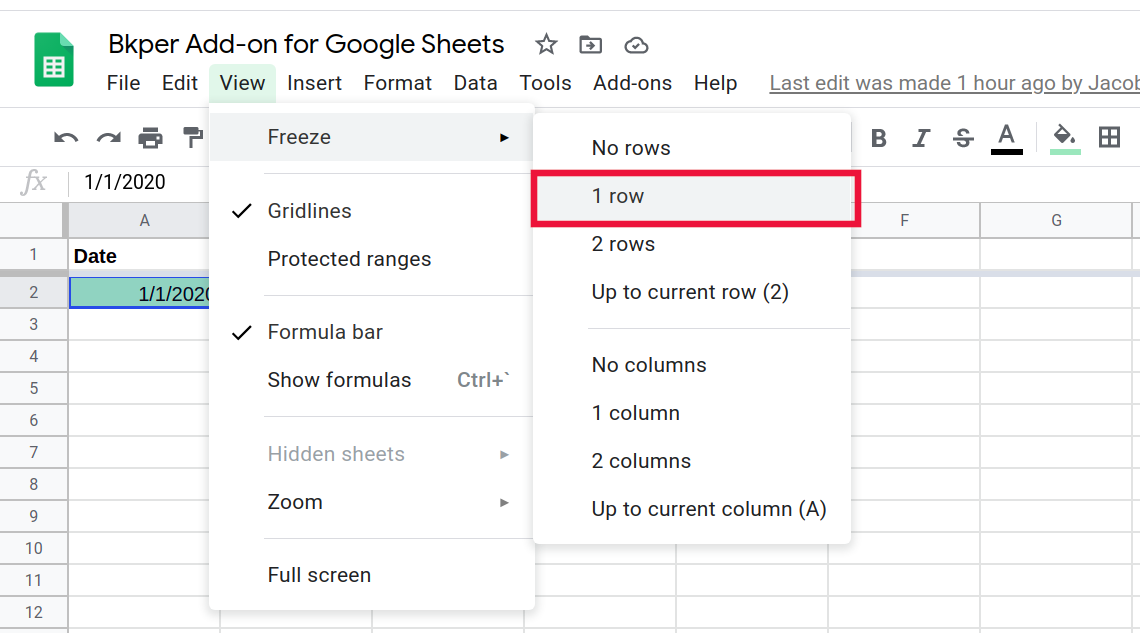 With a Column Title equal to a Group Name in your book, on recording Bkper will check for the Accounts existence, in case it does not yet exist, Bkper creates the new Account and adds it to that Group.

On the frozen first row, Column Titles that use a System Transaction Property will be interpreted as such by the add-on.

Date: The date of the new entry.

Amount: The amount of the new entry.

Description: The description of the entry.

Attachment: An external link for the entry.

Bookid: The bookid where the new entry should be recorded. (This Bookid overrules the book selected on the Add-on.)

The Column Titles Origin/From or Destination/To complete the two accounts on the new entry in your book (and if an amount is provided) the entry will directly be posted as a transaction on your book (not as a draft).

Note: - Custom Transaction Properties serve as structured data for Bots or Apps, for example a Stock bot that interprets Quantities and Values to keep an inventory.

- Custom Transaction Property keys have a max length of 20 characters and are normalize to lower case and underscores for spaces.

Activate Auto Record on a Tab, and each new row added to a Google Sheet is automatically recorded as a new entry in your Bkper Book. This is especially handy when you automatically send data to your Google Sheet. 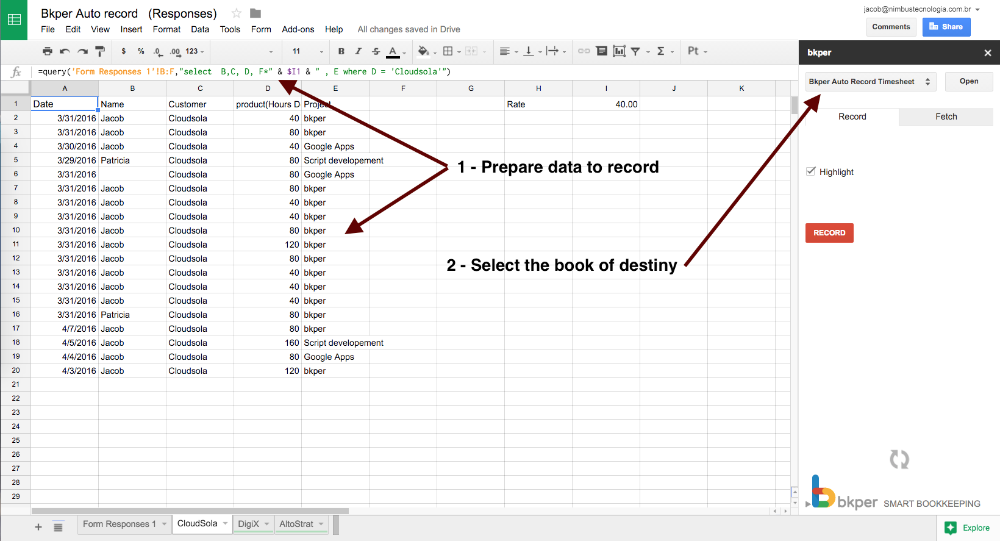 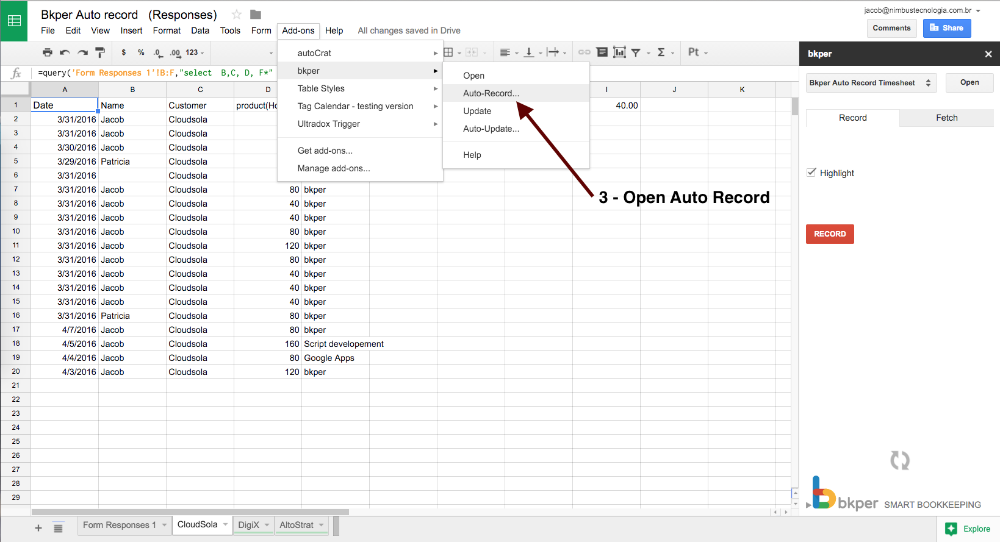 5. Toggle the Auto Record switch so it says YES 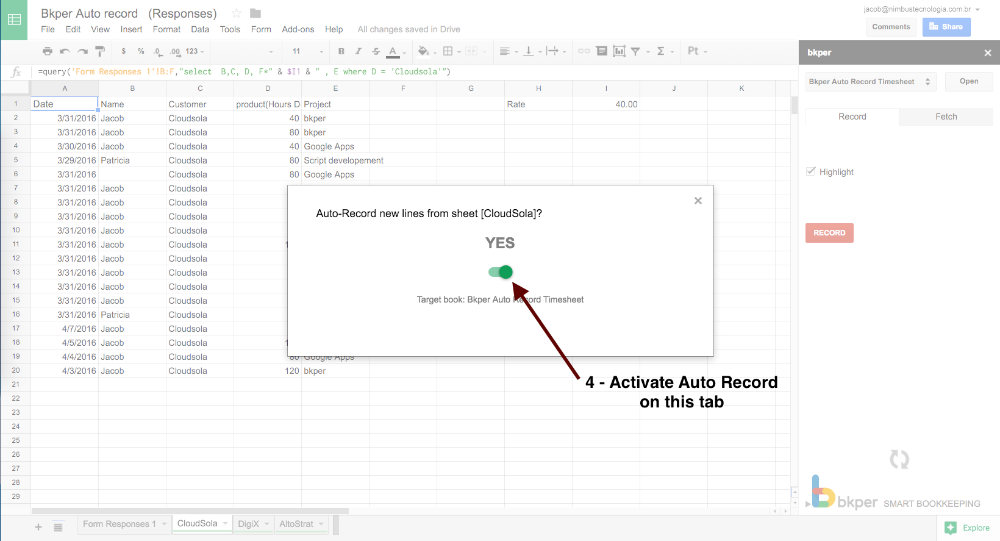 6. New rows on the tab will be recorded on your Bkper book 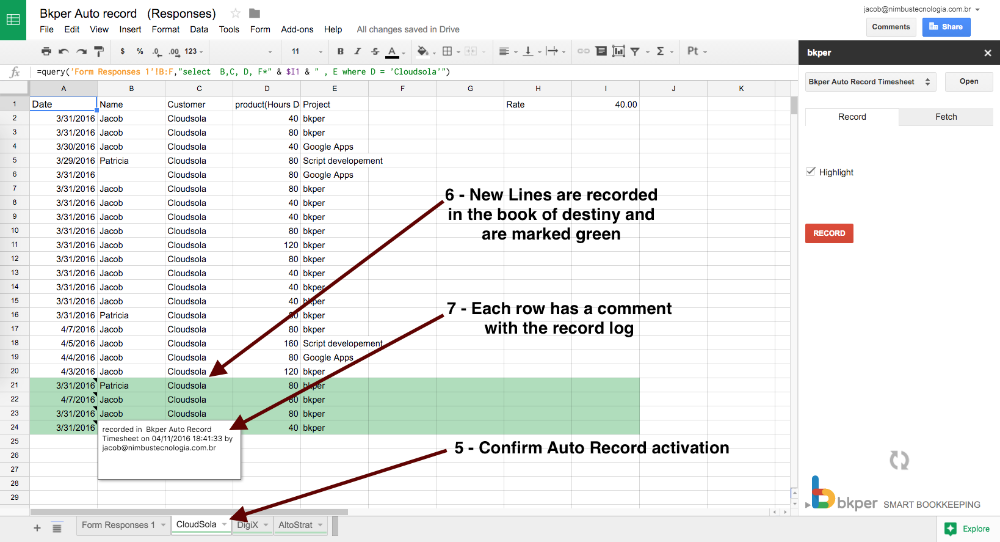 Assist a video on how to use Auto Record.

Model your Chart of Accounts on Your Google Sheet in the format of:

The rest of the columns with the Groups the account is part of.

Google Sheets is a strong reporting and analysis tool that has proven itself amongst Spreadsheets solutions. Therefor you can fetch financial data from Bkper into your Google Sheet so you can prepare your statements and reports to share with your peers. The advantage is that your reports and statements are much cleaner and as Bkper Formulas stay connected with your books, they are fed with real time data.

Fetch the Chart of Accounts from a Bkper Book

The Chart of Account is fetched in the format of:

Groups it is part of in separate columns

Model your Chart of Accounts on Your Google Sheet in the format of:

The rest of the columns with the Groups the account is part of.

Get inspired with this Google Sheet template to create your own financial report, fetching data from a Bkper book.